Speaking at an Opioid and Drug Summit

This month I had the privilege of speaking at the Mississippi Opioid and Drug Summit in Madison, MS.  I had never been to Mississippi nor had I ever gotten the opportunity to speak in such a format, so I really didn’t know what to expect.  What kind of crowd does a “Opioid and Drug Summit” draw in Mississippi, who shows up to this kind of thing and what brings them in the door?  Upon arriving to the Baptist church that the summit was being held in, I discovered that there was indeed a vast array of attendees; from government officials, to the medical community, treatment providers and a slew of weary parents and loved ones looking for some direction.

What struck me most by the diversity in the summit’s attendees, was that it actually served as an accurate sample of whom this epidemic is touching, nation-wide.  I cannot think of a single faction that remains unaffected, nor can I successfully imagine a branch of government that has not been directly impacted by this epidemic.

There has been much talk about the CDC statistics, and the mortality rate associated with the opioid epidemic, methods of treatment and the de-stigmatization of the problem itself.  These are all incredibly valuable conversations to have and we should continue to expound on each of them; yet as I reflect on my time in Mississippi I am compelled to spend a little time talking about the reach of this issue.

When I was growing up, the picture I held in my mind of a “drug addict”, was a homeless man panhandling for change to finance his next fix, or the celebrity that was making headlines in their sensationalized fall from grace.  And it wasn’t until I myself, descended into active addiction that these stereotypes were so ironically dismantled.  It is hard to say if this was an actual shift in our culture, or if it was a cruel joke as I became the thing that I swore I would never become.

I sustained a serious injury in 2008, that subsequently swept me up in the flood of Oxycontin that our country was drowning under at the time.  This was like kerosene on an already steady flame for me, considering my genetic and personality predispositions to drug abuse and dependency; and I spent the next several years grappling with a force I was not prepared to face.

It was not until I found recovery for myself that I began to understand that I was part of a problem much larger than my own.  Over the years my viewpoint has shifted from micro to macro as it relates to this issue, and naturally, I have shifted from focusing on personal experiences to asking myself how I can show up for those that were still sick.

In my personal and professional life, I have had the opportunity to reach hundreds of addicts that were either new to or have not yet found recovery.  And as a result of this, I am no stranger to the scope of impact that this issue has had on our country.  But while I was at the Mississippi Opioid and Drug Summit, I guess I was put on my heels a little bit; mostly in seeing the parents and loved ones taking notes in the seminars and hanging on to every word, desperately seeking answers on behalf of their loved one that brought them to a gathering such as this.

It’s easy as a treatment professional, to get caught up in treatment methodology, staff relations, billing and business development.  It’s easy to just show up for another day of “work” and to insulate yourself from the gravity of what it is we are actually doing.  I am grateful for these moments of clarity, and to have been given the opportunity to speak at the Opioid and Drug Summit; to again, reach out and touch the painful reality of what we are facing as a country has afforded me a renewed invigoration as we band together and show up another day, for one person at a time.

One life at a time, one day at a time.

As always, if you or someone you know is struggling with substance abuse or mental health related issues, please don’t hesitate to call us at (888) 509-3153. We are here, ‘round the clock, and happy to take your call.

I wish you peace and clarity, 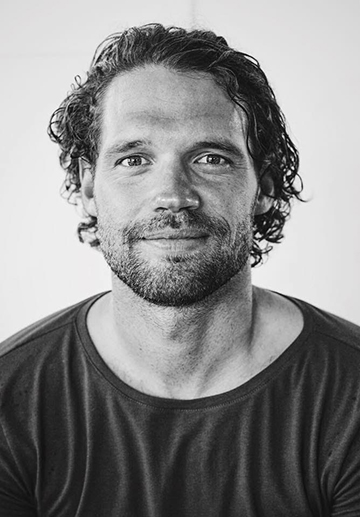 Taylor Gibler brings a diverse skill set to Redpoint Center’s team, hailing from a background in the non-profit sector, marketing/brand development, and in behavioral health intervention. Taylor’s professional pursuits were born out of a sincere desire to help marginalized groups and at-risk populations. In his early 20s, Taylor joined a Honolulu based non-profit, that used surfing as a way bring a positive force into difficult situations. Taylor has been apprenticing under one of the most highly sought-after interventionists in the country and has been formally trained and certified in multiple modalities of intervention; maintaining and growing in his ability to help guide people to a path to recovery.

MORE ABOUT THE REDPOINT CENTER